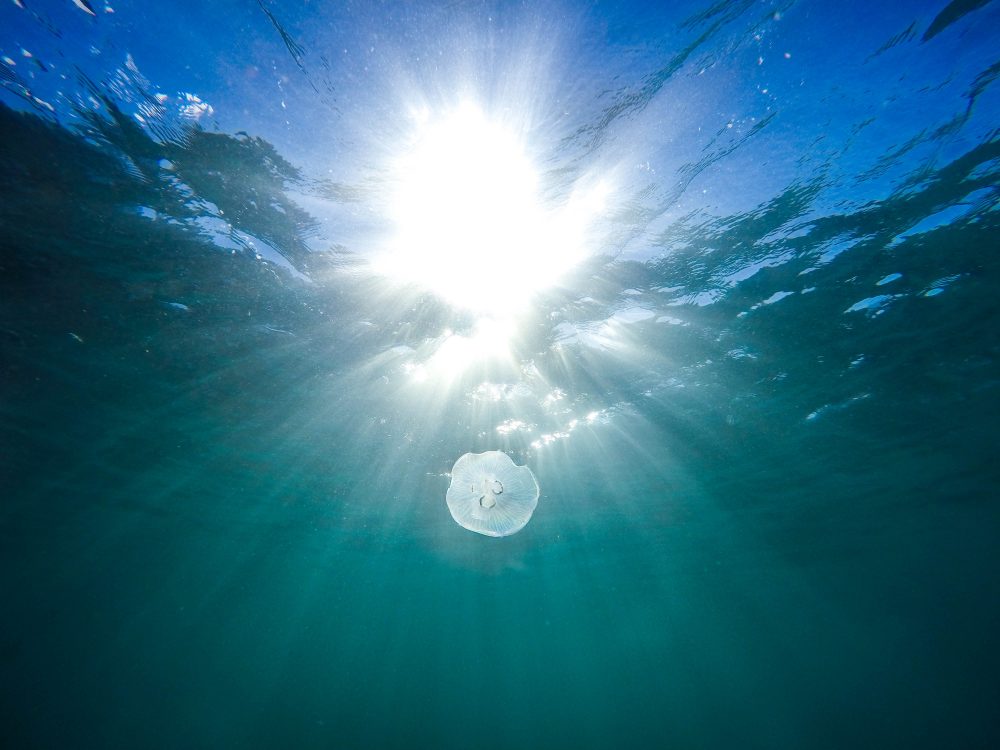 Your body needs vitamin D — and enough of it — to run properly. In fact, vitamin D offers a number of health benefits both on its own and through working together with other compounds in the body. Here are six great reasons to “Let the sunshine in” on a regular basis.

1. It’s good for your muscles and bones.

You need vitamin D in order to absorb calcium, which is necessary to grow and maintain strong bones. Research shows that when people are vitamin D deficient, they have worsened skeletal integrity. For example, in a 2017 study published in Nutrients, researchers found that supplementation of vitamin D2 over the course of six months reduced oxidative protein damage, decreased self-reported pain, improved quality of life, and improved grip strength and physical performance in osteoarthritis patients. Let’s recap: less damage, less pain, stronger, and happier. Sounds good to me!

In addition to bone health, vitamin D is also needed for the normal development and growth of muscle fibers — the thousands of muscle cells that are tightly wrapped together to form your muscles. As such, having inadequate levels of vitamin D in the body can lead to muscle weakness and pain.

Research has shown that having higher serum levels of vitamin D is associated with a lower cancer incidence. In fact, a 2019 meta-analysis of prospective cohort studies published in Nutrients looked at 16 studies involving 101,794 participants to determine the relationship between serum vitamin D levels and risk of cancer diagnosis and mortality. The researchers concluded that with each 20 nmol/L (that’s pronounced “nanomoles per liter,” in case you’re reading this article out loud as a bedtime story) increment increase of 25-hydroxyvitamin D (another name for calcidiol) concentration, the risk of developing cancer dropped by seven percent.

This relationship remains when looking at specific types of cancer, too. Another 2019 study found that higher serum vitamin D levels were associated with statistically significant, substantially lower risk of colorectal cancer among women. While not as significant, the same association was also seen among men. And in a 2020 review, researchers concluded that epidemiological evidence suggests there is a link between higher vitamin D levels and a lower risk for ovarian cancer as well.

Another health benefit of having adequate vitamin D levels in your body is heart health protection. A 2017 meta-analysis of 32 studies published in the American Journal of Clinical Nutrition found that higher serum vitamin D levels were inversely associated with total cardiovascular disease events, like heart attacks and strokes, and, ultimately, mortality from them.

A 2018 review and meta-analysis published in Nutrients also examined the relationship between vitamin D levels and ischemic stroke risk. The authors found that having lower vitamin D status was associated with a higher risk for ischemic stroke.

4. It may be protective against autoimmune diseases.

5. It may help prevent and manage type 2 diabetes.

In another 2018 meta-analysis, researchers found that low vitamin D levels were associated with an increased risk for hyperglycemia — or uncontrolled high blood sugar — in both people who did and did not have diabetes.

6. It may protect your body against viral infections.

Vitamin D has recently been highlighted as a key player in the strength of our immune systems, especially when it comes to fighting off viral infections.

In a 2020 study, researchers examined the mean vitamin D levels among populations from 20 European countries as well as the documented cases of COVID-19 and the subsequent mortality rates from the virus. They found a potential correlation between lower vitamin D levels and higher incidence of COVID-19 risk and mortality.

An additional Spanish study on COVID-19 outcomes used vitamin D to treat patients already hospitalized for the disease. A total of 76 patients in the study were given the immunosuppressant hydroxychloroquine and the antibiotic azithromycin. Fifty of them were also given oral calcifediol (a vitamin D3 analog) daily, while 26 were not.

Of the 50 patients treated with calcifediol, only one required admission to the ICU (2%), while of 26 untreated patients, 13 required ICU admission (50%), and two died (8%). Although this was a small sampling of participants, the results were statistically significant when it came to reducing the severity of the disease.

These studies suggest that both screening for vitamin D deficiency and possibly using it as a supplementary treatment could play an important role in pandemic-related public health.

Other studies tell us that addressing vitamin D deficiency could also help protect against other viral illnesses, like seasonal influenza.