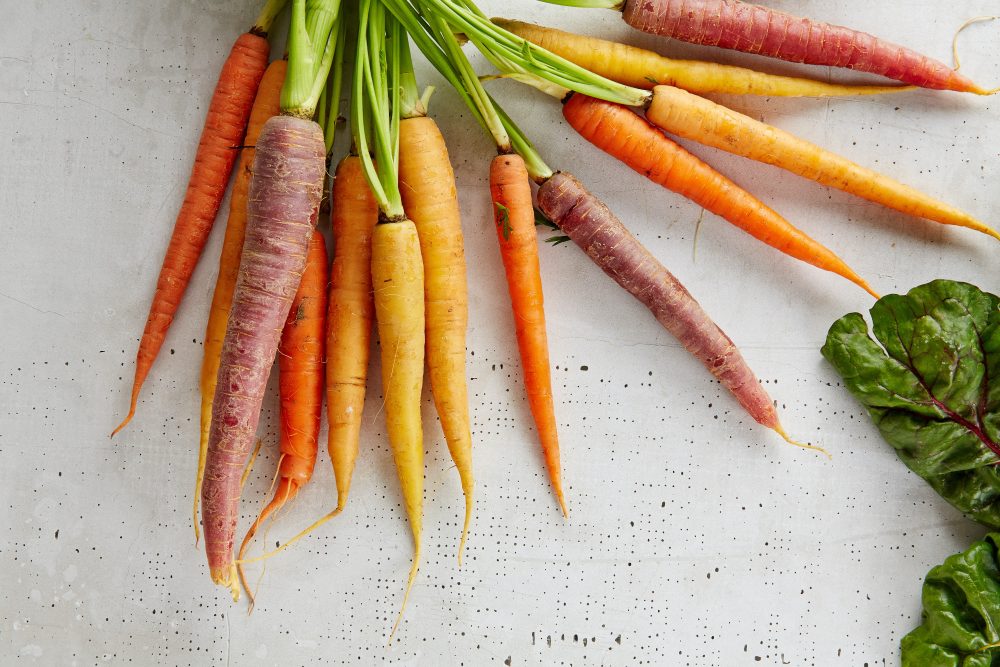 Carrots have been studied for a number of specific health benefits. And the results are impressive.

Many of us have heard we should eat more carrots to see better at night. And while they’re not a miracle food for achieving superhuman night vision, carrots do certainly help support your eyesight.

The myth that carrots contribute to night vision had its origins in British PSYOPs (psychological operations) against their German foes in World War II. Rather than disclose the new onboard radar systems in their planes, which gave the Royal Air Force a huge advantage during night battles, the government launched advertising campaigns telling its citizens that eating carrots would give them excellent night vision, useful during the blackouts in London and other cities. Be like our airmen, the government hinted, and eat your carrots.

Back to known facts. Carrots are rich in antioxidants, like beta-carotene, lutein, and zeaxanthin, which are known to help protect your eyes. They’ve even been included in studieds on age-related macular degeneration (AMD) as well as preventing and reducing cataracts.

2. May have anticancer benefits.

The bioactive compounds in carrots may also protect against the development and progression of certain types of cancer. A 2014 review found that eating carrots is associated with a significantly decreased risk of prostate cancer. The relationship appeared to be linear; for every additional 10 gram serving of carrots that men ate per day (equivalent to about one whole carrot), there was an approximately 5% reduction in prostate cancer risk.

In an older 1986 study, researchers interviewed 417 people with lung cancer and 849 people in a control group on their life-long tobacco usage and current intake of foods rich in retinol or carotene. They found that current smokers who did not eat carrots had triple the odds of getting lung cancer compared to those who ate carrots more than once a week (though not smoking and eating plenty of carrots seems to be the best choice).

Whole plant foods are natural immune-boosters, and carrots are a prime example. Beta-carotene and other carotenoids found in carrots help support the normal function of your immune system, which helps protect you against a number of illnesses and infections. Carrots are also rich in vitamin C, a natural antioxidant and major player in immunity.

While people can be allergic to them, some research suggests that when pregnant women eat carrots, it may help prevent allergic diseases from developing in their children. And the high beta-carotene content in carrots may also help control asthma symptoms in adults.