Here are ten of the best foods for sun protection 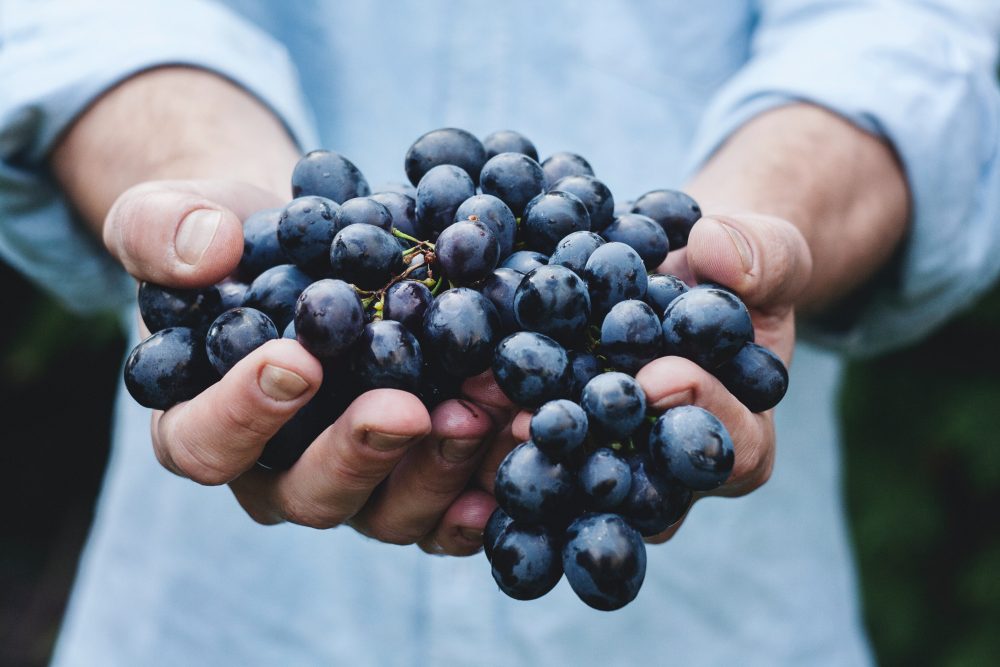 1) Grapes and Grape Seed: Sixty to seventy percent of the polyphenols in grapes are in their seeds. Grapes contain a unique type of polyphenol called procyanidin, which may have cancer-preventing properties. Studies have shown the ability of grape seed proanthocyanidins to attack melanoma cells, and lab studies have shown their effectiveness in targeting oral squamous cell carcinoma. Research suggests that grapes and grape seed extracts could offer sun protection by reducing the effects of UV rays on skin.

2) Garlic and Onions: Garlic and onions are part of the Allium family of vegetables. Their oils have been shown to slow skin cancer and reduce tumors in mice. The beneficial effect of alliums on skin cancer and other diseases is largely attributed to their organosulfur compounds.

4) Green Tea: One major polyphenol in tea is EGCG, which has been shown to protect skin against UV radiation effects. A 2007 population study found that drinking one cup (or more) of tea per day for at least one month reduced risk for basal cell carcinoma. This has also been shown in animal studies when mice were fed green tea. Green tea may have the ability to boost DNA repair, preventing non-melanoma skin cancers. Matcha green tea is especially potent.

5) Soy Beans: Soy foods are rich in compounds called isoflavones, which bind to estrogen receptors in your skin and may reduce wrinkles. They also improve skin elasticity, increase collagen synthesis, and have an overall skin protective effect. However, when consuming soy and soy products, choose organic soy to avoid harmful GMOs.

6) Mushrooms: The Chaga mushroom has been studied for its ability to suppress tumor growth in mice, and its extract has been shown to cause melanoma cell death in mice. Some research suggests that Chaga mushroom extract has promising potential in cancer treatment. Find out more about the health benefits of mushrooms here.

7) Turmeric: One of the oldest Ayurvedic spices, turmeric has many health benefits. Its main active ingredient is curcumin, which has been widely studied for cancer prevention. Turmeric and curcumin have been shown to significantly reduce cancerous skin lesions and inhibit cancer cell signaling. One study showed that topical and oral curcumin were equally effective at slowing skin cancer tumor growth in mice. Find out about 600 reasons why turmeric could be the world’s most important herb, here.

8) Dark Green Leafy Vegetables: A high intake of green leafy vegetables — such as kale, spinach, collard greens, and swiss chard — may reduce skin cancer risk. Research suggests this protective effect has to do with their lutein and beta carotene content. A 2007 study also found that a diet high in fruits and vegetables, like dark leafy greens, reduced risk of squamous cell carcinoma — whereas a diet high in fat and meat increased risk.

10) Milk Thistle Seed: Milk thistle compounds applied to the skin of mice exposed to UVB radiation prevents the development of skin cancer. What’s interesting about this is that protective effects were seen when the milk thistle was applied both before and after UVB exposure. This suggests that it actually blocks cancer pathways and doesn’t just act like sunscreen. Another similar study found that skin tumor growth was slowed when mice were fed silymarin, a phytochemical found in milk thistle.