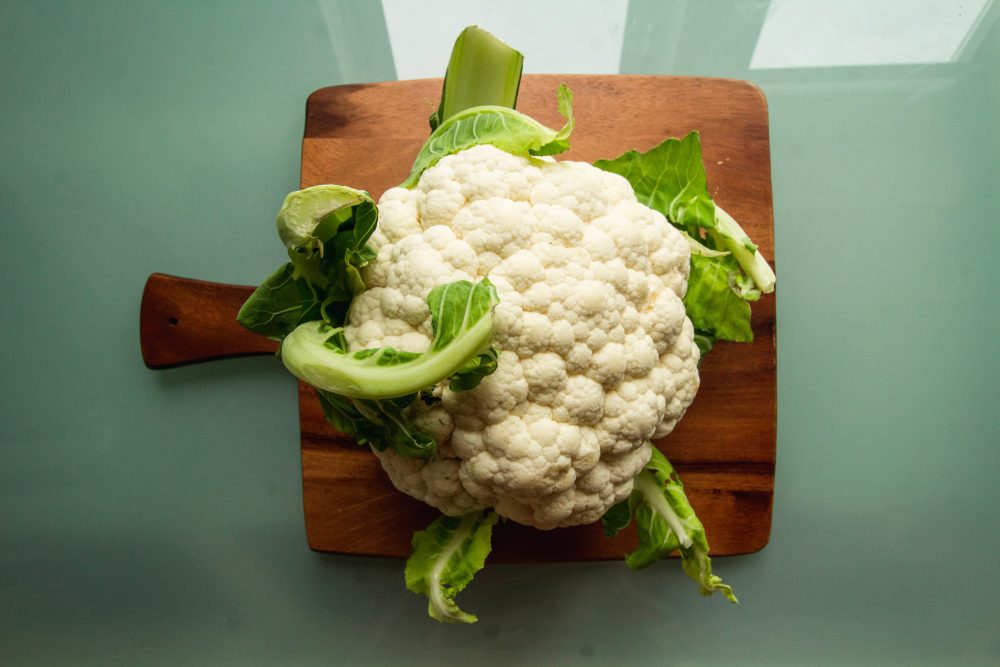 Cauliflower offers undeniable nutritional and health benefits to consumers. But what about its environmental impacts?

The Environmental Working Group (EWG), which tests an array of produce every year to determine how contaminated they are, has put cauliflower on the Clean 15 list. This means it’s among the types of produce least likely to have contamination from agricultural chemicals like pesticides. And according to the USDA’s Pesticide Data Program, half of the cauliflower samples tested in 2012 didn’t show any pesticide residue at all.

But that doesn’t mean cauliflower is totally pesticide-free. There are still a number of pesticides used on this crop, some of which are harmful to important pollinators like honeybees. Buying organic isn’t as important with cauliflower as it is with berries, spinach, apples, and other foods that have higher levels of pesticide contamination, but it’s still best for human and environmental health.

As for its global warming impact, one 2019 study out of the United Kingdom found that cauliflower was among a few vegetables with a low impact, based on factors such as farming practices, storage, packing, and transportation.

But as mentioned earlier, the majority of US-based cauliflower — around 90% — is produced in California. Unfortunately, this area is drought-prone, and growing cauliflower, or any type of produce for export, essentially means that California is exporting water. Try to buy locally-grown cauliflower whenever you can; it’s a common crop available at farmers markets, through community-supported agriculture (CSA) programs, or even U-pick farms where you can harvest your own produce right from the field.

Of course, you can always grow your own cauliflower. Plant seeds and starts early in the growing season, and tell your visitors that you’re giving them a “head start.” You’re welcome (again)!