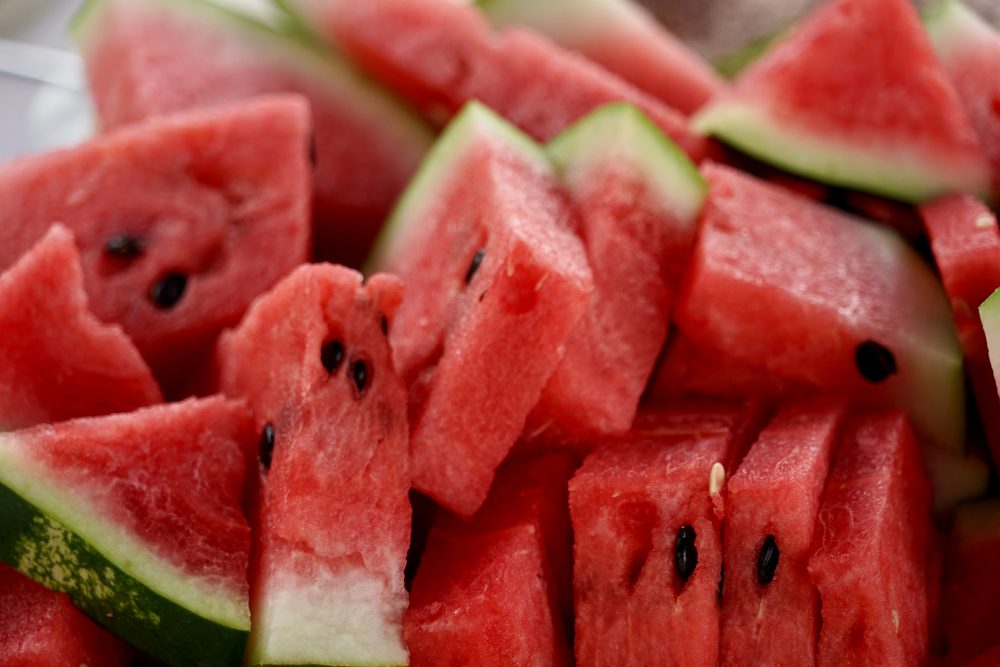 Watermelon is a beautiful fruit as is, but its diversity is truly stunning. While many watermelon varieties can look similar on the outside, their flesh can come in a rainbow of colors, including red, pink, orange, yellow, or even white. Cutting into a watermelon can become its very own “species reveal” party, without the explosions.

Watermelon rinds, on the other hand, are typically green, but don’t always have stripes. Solid green rinds or speckled rinds, as is the case with the Moon & Star variety, are also possible. All varieties come in round or oblong shapes (when they’re not crammed into growing boxes for aesthetics).

The  three most popular types of watermelon enjoyed in the US are :

This is a smaller type of watermelon, which you can usually store in your refrigerator whole. It weighs anywhere from 5-15 pounds. Some popular varieties of icebox watermelon include Sugar Baby, Cal Sweet Bush, and Garden Baby.

Usually similar in size to picnic watermelons, seedless types are the majority of watermelons you’ll find in grocery stores. Seedless watermelons came about around 50 years ago. And while they don’t contain mature black seeds, they may contain some immature and edible white seeds.

(Excerpt from the Food Revolution Network)