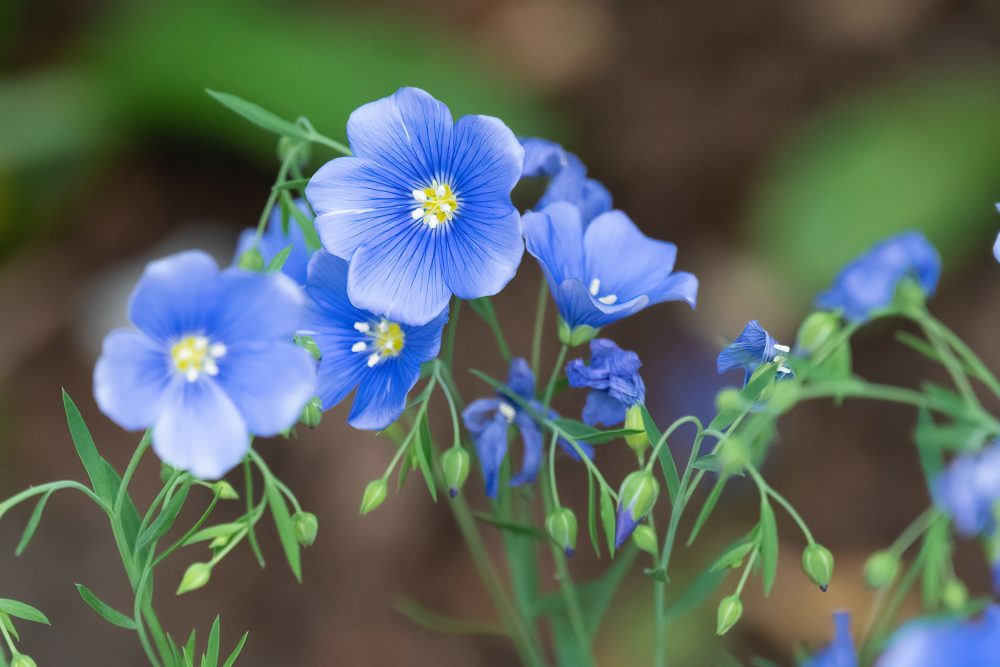 Flaxseeds are the seed of the flax plant. The plant itself produces beautiful blue flowers, which in turn become pea-sized capsules, each of which contains around six seeds. Flaxseed is also known as linseed, and these terms are sometimes used interchangeably. However, flaxseed refers to flax when it’s eaten by humans, whereas linseed denotes the plant’s industrial purposes.

Flax is one of the oldest grown crops, and it continues to be cultivated for both animals and humans around the world. Most flax (linseed) is grown in Russia, India, and Europe, and turned into linen fabric.

During the 19th century, flax was also grown in nearly every US state east of the Mississippi River. Although today, it’s almost exclusively grown in Minnesota and North Dakota for oil and seeds.

You’ll find two main types of flaxseeds in stores: golden and brown. While the most obvious difference between them is their color, the main nutritional difference is in the makeup of their overall oil content: alpha-linolenic acid or ALA (one of the omega-3 fatty acids associated with human health, along with EPA and DHA) comprises 59% of the total fat content in brown flaxseed and 51% of the total fat in golden flaxseed.