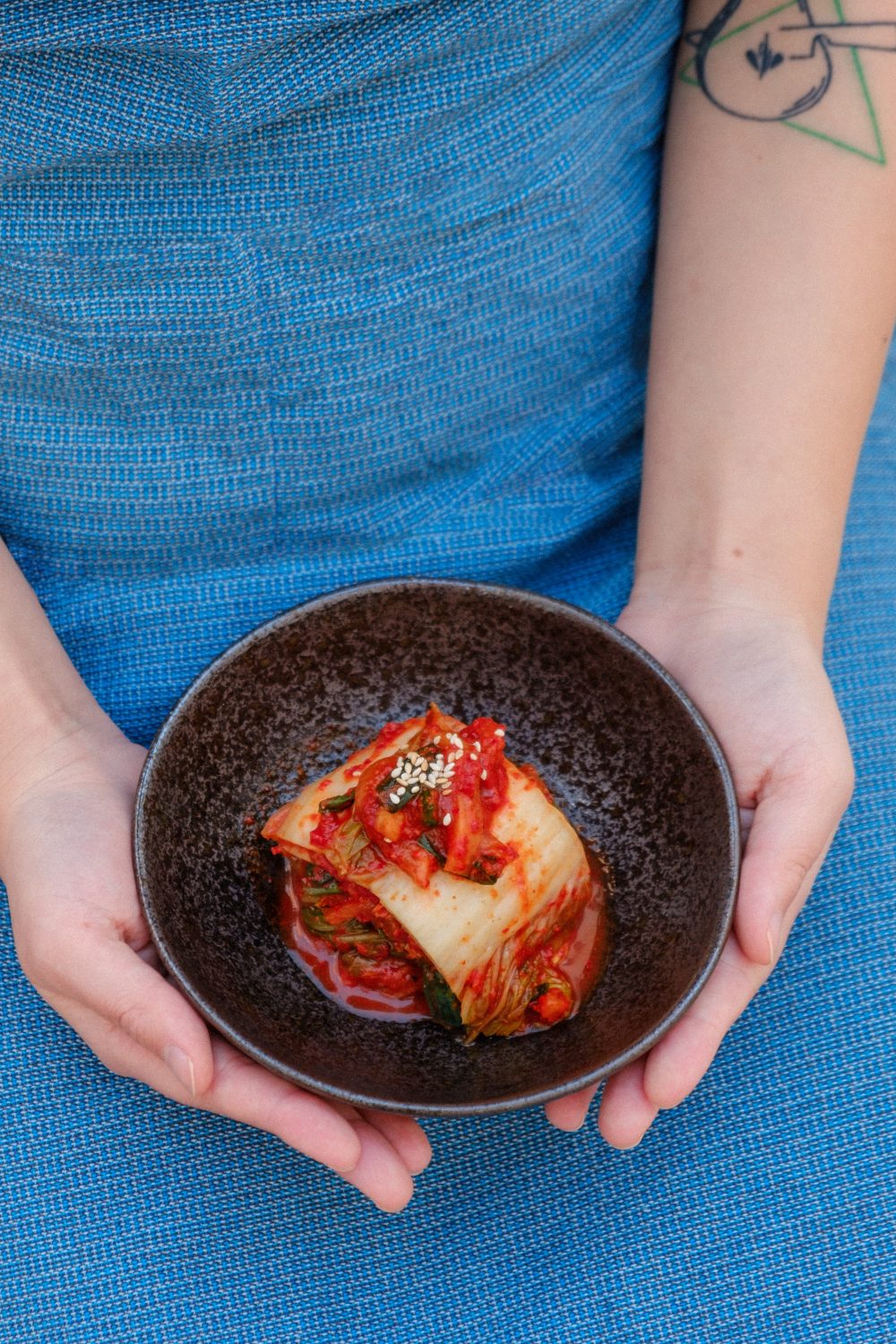 The name “kimchi” comes from the Korean word “chimchae,” which means “vegetables soaked in brine.”

Kimchi is a fermented food that is naturally rich in probiotics (good bacteria for your digestive system). It’s made through a process called Lacto-fermentation, just like sauerkraut and traditional dill pickles. Lacto-fermentation doesn’t have anything to do with milk; instead, it utilizes the bacterium Lactobacillus to digest sugars into lactic acid, which gives the kimchi its characteristic sour flavor.

Kimchi is often colorful. You can make it from cabbage, radishes, and other vegetables, all of which are super healthy and delicious. Seasonings include Korean red chili pepper flakes, garlic, and ginger, which all have great health benefits. Many traditional kimchi recipes also use salted shrimps and anchovies for flavoring, but there are vegan versions as well.

Kimchi is low in calories and has a high water content, but it’s often high in sodium as a result of a salt-based fermentation process. While overall nutrition varies depending on the recipe and ingredients used, in general, kimchi is a good source of many vitamins and minerals, including vitamin A, vitamin C, vitamin K, vitamin B6, folate, iron, and manganese. Depending on the brand or recipe, kimchi can also sometimes contain added sugar.

Oh, and kimchi isn’t a food as much as an entire food group; there are around 200 different varieties of kimchi today. Different regions around the world use different ingredients, largely depending on what’s available to them.

Kimchi also has a strong odor and taste. It’s often described as having a sour, spicy, salty, and even umami — or savory — flavor. When you open a jar of kimchi, you’ll find that it has a potent, garlicky, sulfur-like smell. You may find kimchi, like many other pungent foods, to be an acquired taste. But when you learn about its many health benefits (stay tuned!), you’ll see that it’s a taste very worth acquiring.