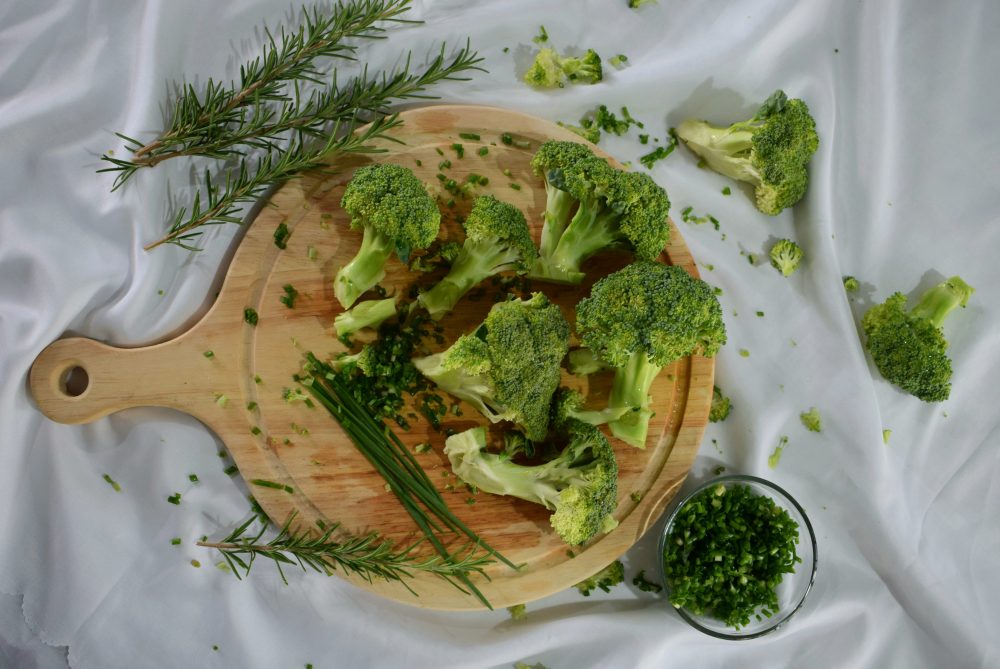 According to many ancient traditions, divine wrath is often expressed through fire and brimstone. Brimstone, it turns out, is an archaic name for the element sulfur and became a symbol of punishment because of the sulfuric aroma that accompanies lightning strikes.

If you’re not a fan of broccoli, you may have grown up associating the vegetable with a different form of punishment — the one that transpired when you didn’t eat everything on your plate. If you have kids, you might have experienced the other end of that deal, trying to get your picky eaters to eat broccoli, either through cajoling and bribes, or by hiding it in sauces thanks to a blender or food processor. Of course, there are also a few of us who adore the taste and aroma of broccoli.

But what’s the connection between broccoli and brimstone? It all comes down to the element that people either love or hate in the vegetable. In a word, sulfur.

The potent aroma in broccoli comes from a super healthy, powerful antioxidant called sulforaphane. And once you learn just why sulforaphane is so good for you, you may decide that eating broccoli and broccoli sprouts are worth putting up with the smell of sulfur. Because unlike brimstone, broccoli confers rewards, not punishments, especially in the realm of your health.

So what’s so special about sulforaphane, and especially, broccoli sprouts? And why should you be including them in your diet?

Sulforaphane is a phytonutrient, which is a fancy word for “nutrient found in a plant.” It functions as a powerful antioxidant, meaning it fights against and repairs the damage that occurs all the time in every cell in your body. It’s also an isothiocyanate — a type of compound that’s synthesized from a precursor found in cruciferous vegetables, which are a part of the Brassica family. If you have a decent chemistry lab, and you want to make it at home, the chemical formulation is C6H11NOS2.

When we say that broccoli or some other Brassica contains sulforaphane, that’s actually a slightly misleading statement. The vegetable technically contains the precursor, an isothiocyanate, that then converts to sulforaphane. But how does that work?

The isothiocyanate found in the sulforaphane-generating vegetables is called glucoraphanin, a biologically active, sulfur-containing glucosinolate compound that gives them that strong smell and taste. In nature, one of its main functions is to repel pests. The glucoraphanin remains stable until the plant is broken, such as by the cutting or chewing of an insect or animal. Once that happens, the glucoraphanin comes in contact with an enzyme called myrosinase, which is stored in another compartment of the cell. Spurred on by access to myrosinase, our gut bacteria then convert glucoraphanin to sulforaphane.

You can think about it a little like those heat packs that you have to shake to activate. Shaking, or in this case chewing, brings compounds together to create new and potent effects. Sulforaphane then goes to work keeping you healthy.